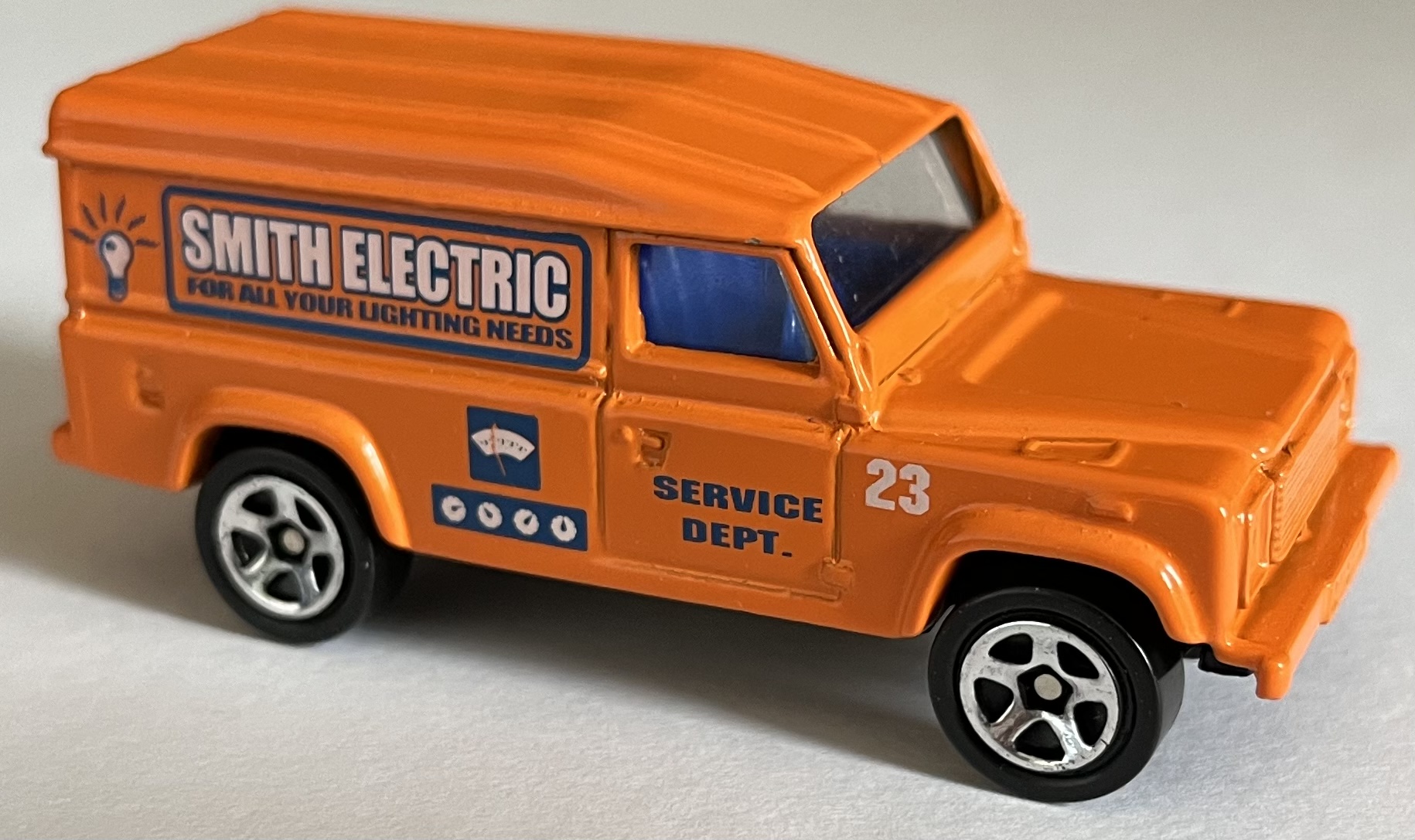 Land Rover MkII description, Released originally by Corgi in the 1980s, the Land Rover MKII casting’s Hot Wheels name is somewhat misleading. In all reality, the name ‘Land Rover MKII’ does not refer to the casting Mattel acquired from Corgi exactly. The casting was modeled after the Van variant of the Land Rover 110 Defender, used by many government branches in the UK such as Police, Royal Mail and notably, the Military. On the original casting, the license plate, is the registration number ‘RGW 404’ cast directly into the metal. Mattel sold old Corgi models for their 1996-1997 releases, including the Land Rover MkII, under the Hot Wheels brand.