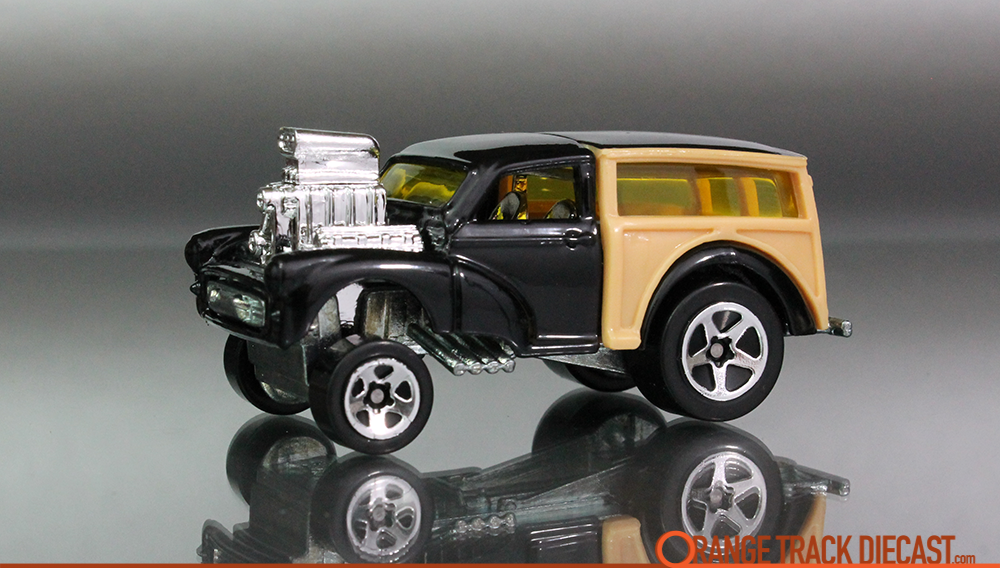 Morris Wagon description, This is a customized version of the Morris Minor 1000 Traveller, a classic British-built “woody” station wagon (UK: estate car). The Original Traveller was designed by future Mini designer Sir Alec Issigonis in 1952 and was in continuous production until 1971. The Morris Minor 1000 Traveler was produced in Oxford, UK and Birmingham, UK from 1956-1971.The Minor 1000 and its Traveler counterpart had single-piece windscreens, while their pre-1956 predecessors had two-piece split windscreens. The car was a true “woody” with an external structural wooden frame from behind the doors (the later Traveller version of the Mini had decorative woodwork in a similar style). The Hot Wheels version takes the basic car and turns it into a hot-rod with a powerful exposed V8 engine and air scoop and huge rear wheels.

Born: 1960
Birthplace: Cowley, England, UK
Designer: British Motor Heritage, Ltd.
Specialty: With a blown V8 engine, zoomy pipes and 2 parachutes on back, this British wagon was made for special deliveries at super speeds!