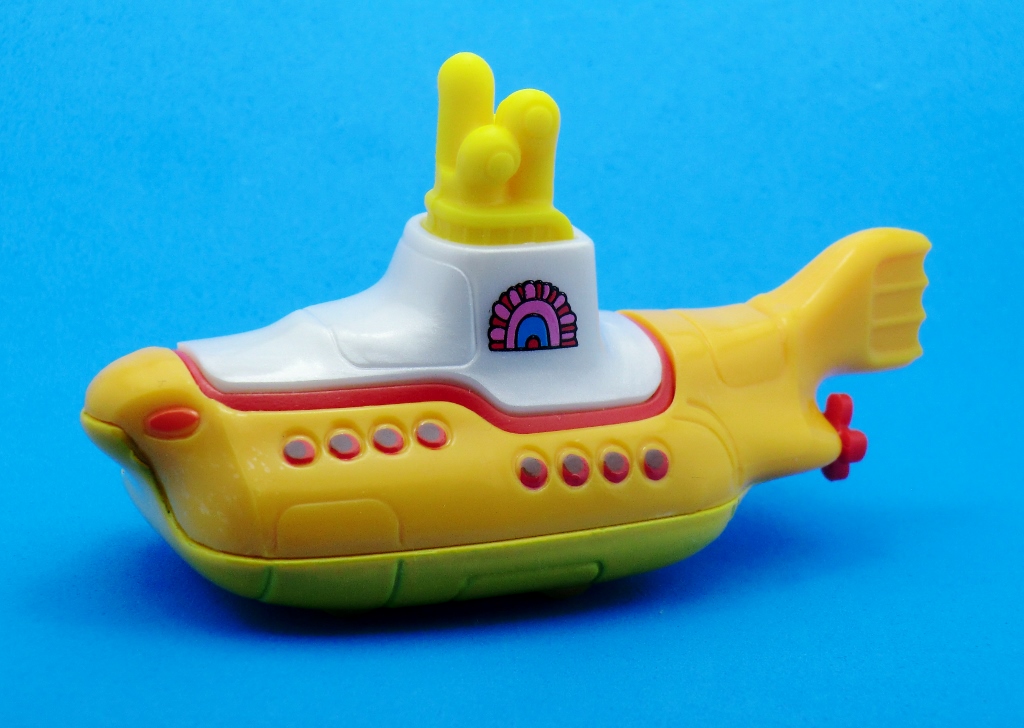 The Beatles Yellow Submarine description, The Hot Wheels model is basically the submarine that appears in the 1968 animated musical movie Yellow Submarine. Its proportions do not match to the “real” submarine, although it has the same amazing architecture. The four periscopes extend from the top and the double four port holes are also present on each side. And it even has the two four-bladed red propellers on the back.

Born: 2016
Birthplace: El Segundo, California
Designer: Hot Wheels
Specialty: What happens when we join one of the most memorable songs of the century – The Beatles, Yellow Submarine with the original stunt brand, Hot Wheels? It’s time to climb aboard and go full speed ahead to find out, Captain! Now the band begins to play and it’s music to our wheels!